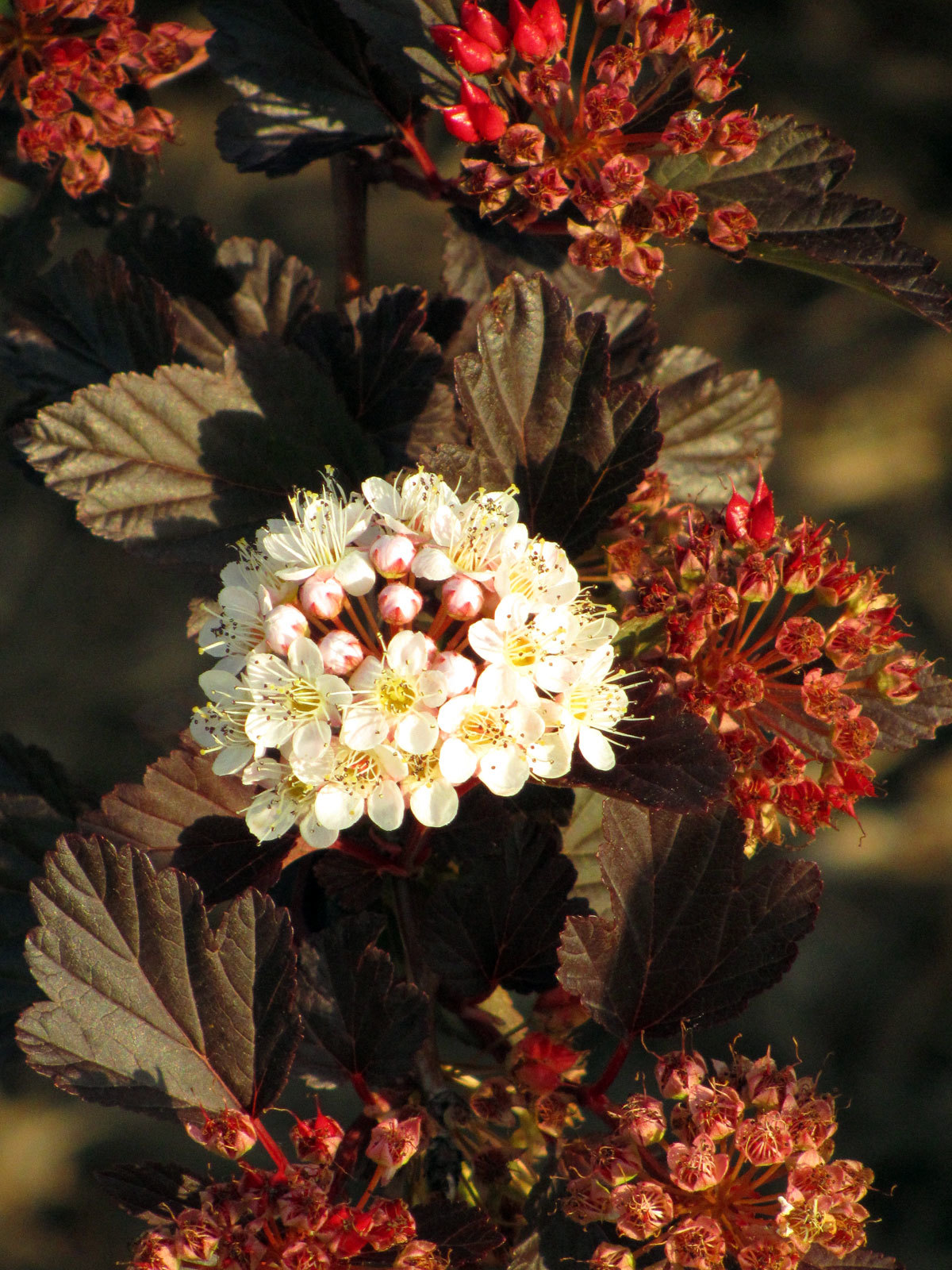 Physocarpus opulifolius (Common Ninebark) is a species of shrub in the family Rosaceae. They have a self-supporting growth form. They are associated with freshwater habitat. They are native to Eastern North America, North America, Canada, and The Contiguous United States. They have simple, broad leaves and purple flowers. Flowers are visited by Common Eastern Bumble Bee, Hawthorn Andrena, Nevada bumblebee, and Hummingbird Clearwing. Individuals can grow to 10 feet.

EOL has data for 71 attributes, including: